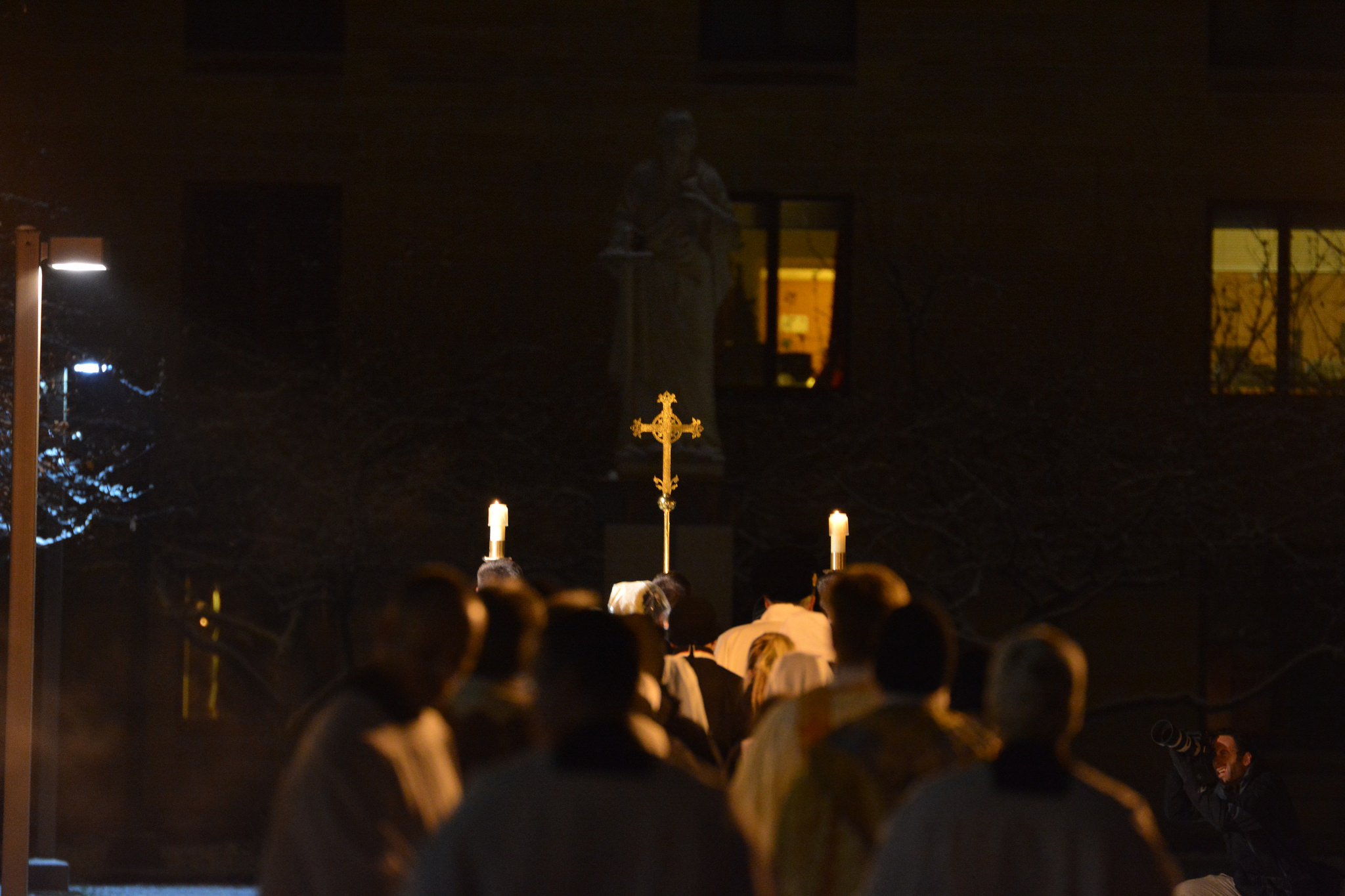 Discernment is one of those “churchy” words that often does not have exact equivalence in the day-to-day experience of most 21st century people. But, it is an important one because one’s whole life and future depend on it. It is different from the more worldly “figuring out what I should do.”

Discernment involves trying to determine what is on the mind of God and His Church. Discernment is trying to hear the whisper of God’s calling for you in life. One does not merely decide that they want to be a priest; rather, one accepts the invitation of the Lord to be a Priest of Jesus Christ.

The Wisdom and Communion of

The saints provide us with some important ways of understanding this process. St. Ignatius of Loyola, founder of the Jesuits, has some specific advice on this. When he was laid up in bed nursing his war wounds, he trained his mind to be sensitive to his internal feelings. He read books on soldiering, but also on the lives of the saints. He noticed that both subjects held his interest and got him excited. But the feelings he had while reading the war stories left him immediately after he read them. The feelings he got from the lives of the saints intensified even after he put down the book.

First and foremost, discernment occurs in prayer. In prayer, we begin to listen with the ear of the heart as we feel that call to move deeper into a relationship with Christ. It is the initial response to the Call that Jesus gives: “Come after me, and I will make you Fishers of Men.”

This is also important. The example of Jesus himself points this out, as he so often takes time away from the busy-ness of his ministry to stop and pray in a deserted place. Remember, he began his ministry with 40 days of silence in the desert!

So often today, prayer is asking God for something. “Lord, help me to pass this test! Lord, watch over my parents or Grandparents who are sick. Lord, protect my friend on her journey to Europe.” What has to be kept in mind is that prayer is a two-way conversation; we must silence our hearts and minds and listen to where God wants to lead. If we believe that God created each of us in His image and likeness, while we were still in the womb; we need to trust that He will not lead us astray.

Obedience is responding in trust to the path that God is leading you towards. Again, it goes back to if we trust that God has what is best for us in mind. One must remember that the Church must also discern whether you have a vocation. There have been some who were convinced that God was calling them, but they received one “no” after another from orders and dioceses. An aspirant to the priesthood must always remember that the Church is also called to a discernment process regarding an individual and that the approach of anyone to this great vocation needs to be both humble and obedient.

The old joke about praying to God to win the lottery comes in here: to win, first you have to buy the ticket! A vocation requires a response in this world, no matter what the vocation is. The initial response is a deeper participation in the Eucharist, spending time before Christ in the Eucharist. As the call becomes clearer (or to help it become clearer), attendance at discernment retreats and events is helpful. Visitations to the seminary can also be clarifying, and discussing your call with either your pastor or the vocation director also helps.

Discernment in the Church

Finally, the prayer of discernment is the prayer of guidance. Do not be afraid to ask God for an indication of what He is asking you to do. And, do not be afraid to talk to priests, chaplains, your closest friends, and seminarians. When you continue to feel the call, and trusted people encourage you, it’s time to submit yourself humbly to the judgment of the Church. It is only through this process that you can adequately discern your future in the Lord.